Hi and welcome to an NZADDs update,

It’s budget 2019 and Winston appears to have pulled more aid out of the hat.

Aid has been scheduled to increase since the last budget when large increases were promised for coming years. But the 2019/20 budget shows promises not only being kept, but actually increased upon. 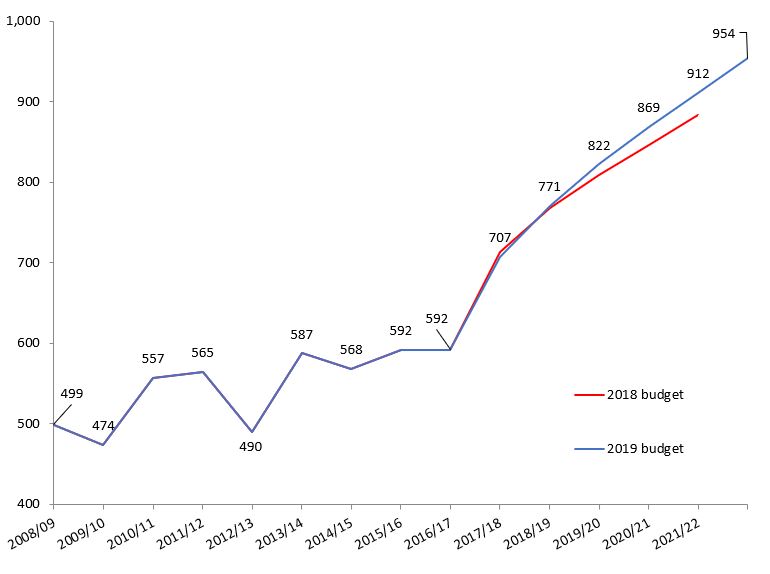 It’s also interesting to see that the aid programme appears to have shaken off one of its problems from the McCully years: not being able to spend its budget. If anything estimated actual spending for last financial year was actually slightly over the original budget. (With the caveat that it is only an estimate of actual spending at this point.)

The following chart compares nominal ODA and inflation adjusted figures (all as per this year’s budget). Aid increases are less when projected inflation is taken into account, but they’re still very real.

Nominal and inflation adjusted ODA, as per 2019 budget 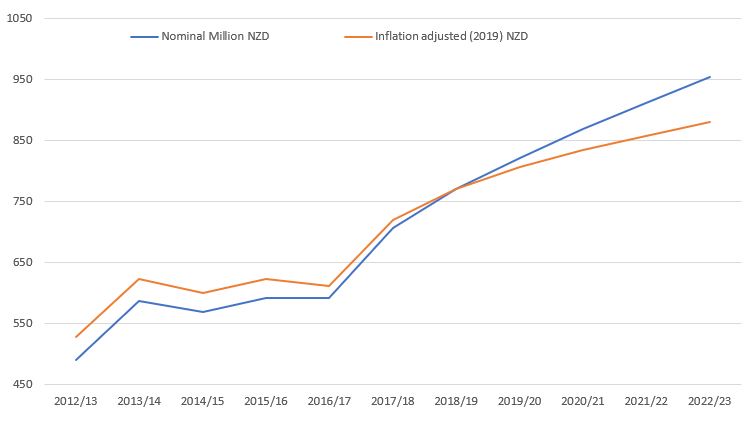 Finally, there’s the question of aid/GNI. My calculations using Treasury GNI data (thank you Treasury!), give me the following chart. The additional increases in this budget have been enough to bump us up from 0.26 per cent to 0.27 per cent. 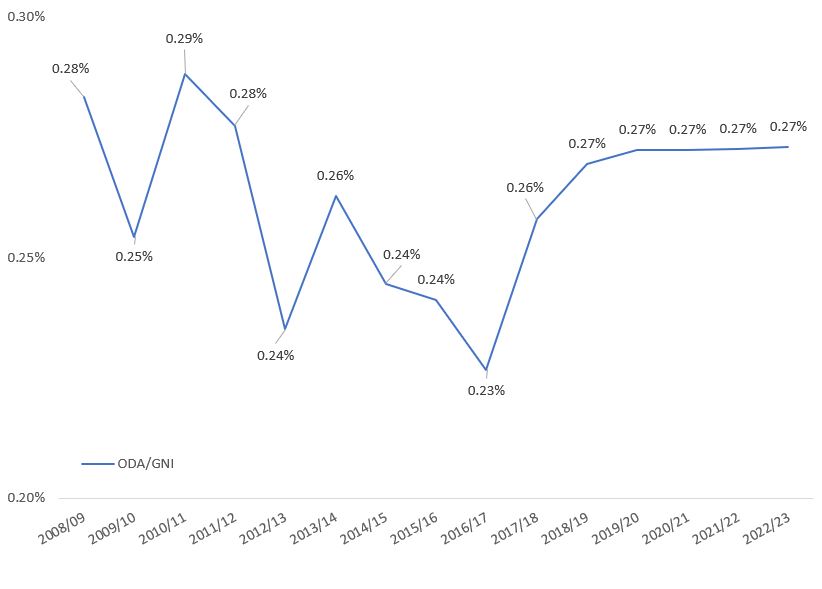 Aid quantity is one thing of course. There’s always the issue of aid quality. In between the New Great Game in the Pacific, and lingering (but hopefully being addressed) capacity deficits from the McCully years, there are still concerns on the quality front. Nevertheless, its good to have a government committed to increasing aid, and an aid programme that seems able to spend the increases it gets.