Hi and welcome to an NZADDs update.

The latest OECD data on aid have just been released. The data are only preliminary, but according to the OECD, New Zealand government aid fell from NZ$642M in the 2016 calendar year to NZ$614M in 2017.

The fall is worse when we look at aid/Gross National Income (GNI) — the standard measure of donor generosity. In 2016, NZ government aid/GNI was 0.25 per cent; in 2017 it was 0.23 per cent. The last time it was this low was 2004. The chart below uses OECD data to show trends in aid/GNI over time. 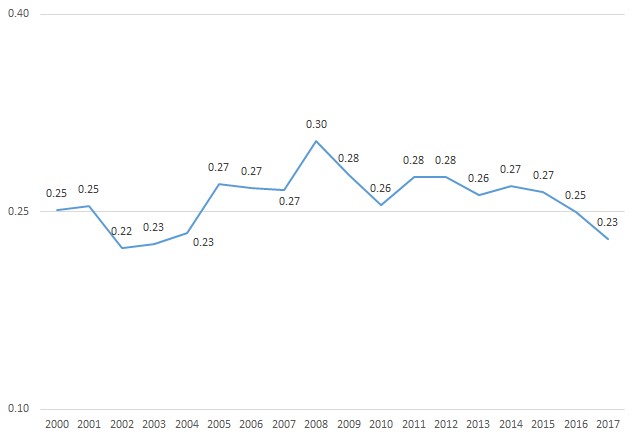 On average, in 2017, OECD DAC countries gave 0.38 per cent of GNI as aid. The median donor gave 0.29 per cent. At 0.23 per cent, New Zealand is not generous by international standards. As I’ve written before, neither domestic poverty nor indebtedness excuse New Zealand’s tight-fisted approach to aid giving. The chart below compares New Zealand’s performance with other donors. 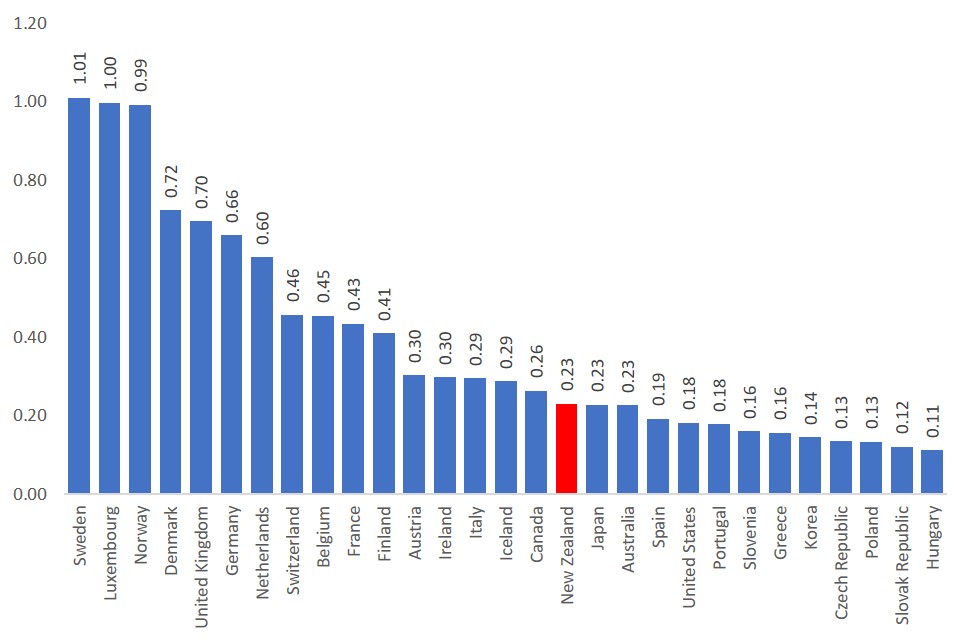 There have been murmurings of an aid increase in the next budget. Let’s hope they are correct.

(You can download the data and charts I have used here.)